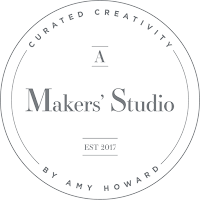 Hi, I wanted to share my new journey I began last April while I was still with a company called Chalk Couture. I'm going to go back to September 2017. I was an Empty Nester, The previous May the family I was a nanny for moved to an other state. I was with them for 3 years.  I was wondering what I was going to do. I have two daughters while they where little I had been involved with a couple of direct sales companies. Do you remember Southern Living at Home or Taste of Home? I was with them and loved it. I loved being part of a consultant (family) team, I loved the recognition from the company, the incentive trips I earned and the extra money that I brought into the family that money was fun money. So,  I was looking for something. I have always like to craft, scrapbook, mixed- media, paper crafting plus one of the thing I truly enjoy is teaching. I had been teach at our local scrapbook store until it closed down early in 2017. so, now forward to September 2017 a friend had sent me a video of a Chalk Couture Designer. I knew that instant that that was what I wanted to do! I signed up that next day and from that moment in September to July I had moved up as leadership and grew a team of 125+. You might ask why I left well in April someone told me about A Makers Studio. I was so intrigued with the products specially their paint! I was told if I wanted to update a piece of furniture I didn't need to sand, strip it. I just had to clean it with a product that they carried called Furniture clearer and paint with their brushes. Plus that their products had no VOC and menthol (chemicals that made you ventilate while you worked) I was hooked. So I signed up on the First day they opened for signing up, I was the first of 50 ladies that signed up that day.  One little problem I had was that AMS also carried stencils that had sticky back and reusable plus Chalkpaste. A little conflict of interest. Well someone got wind of me being with AMS and turned me in to compliance with Chalk Couture. It was really a hard decision. I was so close to reaching the top levels of Leadership and my team was growing. it took me several days to decided but I knew in my heart that A Makers' Studio was for me. They had a more diverse product line and I love the Mother Maker herself Amy Howard. I love her passion and the way she runs her business. She has our backs and is teaching us the Makers to be the best that we can be. Teaching us to be #makerbosses to grow personally and she is giving us skills and investing in us. Who wouldn't want someone like that on their side?

Here are some before and afters using the paint, Recuse Restore Paint  I talked about. 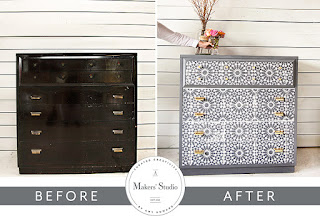 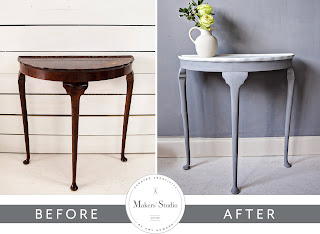 Thank you for joining us for the
Stockings were Hung Blog Hop! 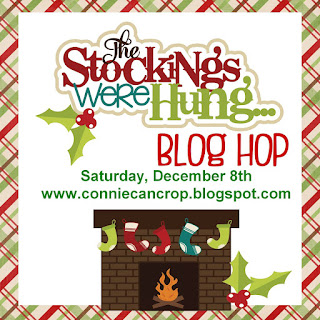 This is a blog hop featuring projects inspired by Christmas Stockings! Each of our projects will have at least one stocking on it.

You should have arrived from Cindy but if you just so happened to stumble across our hop and need to start at the very start,
Connie Can Crop is the beginning of this Special holiday hop!
This is a one day blog hop, but you have until Sunday at 10pm to finish hopping and leaving your love for all of these talented crafters.

We have three awesome sponsors for this hop!! 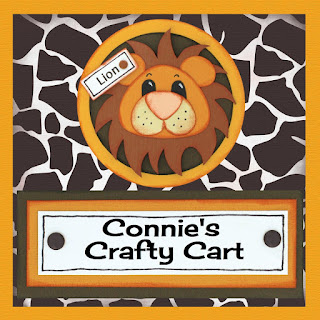 Will be giving away this gorgeous Winter mailbox die, glitter tape and fun twine! 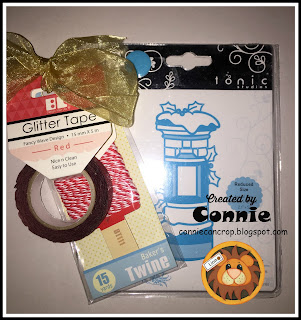 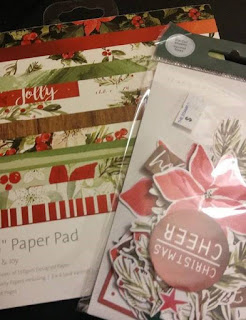 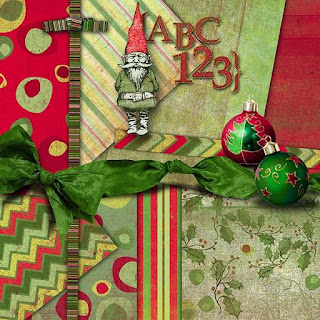 What do you need to do to win? Easy... become  a follower of each of the fabulous blogs in this hop and leave each of them a comment letting them know what you like best about their projects.

You will have until 10 pm Sunday to finish the hop and leave your comments on every blog to be eligible to win.
Winners will be announced on Wednesday 12/12/18 at Connie Can Crop.
Be sure to follow everyone and leave a comment along the way!

Hello there happy December, today I have a tutorial for with using A Makers' Studio (AMS) Products. I'll be painting a wooden stocking that I bought at Hobby Lobby.
The paint is from AMS it's called Rescue Restore Paint in Pick a Pepper. The re-usable sticky back stencils I used are called Gingham and the Alphabet 4.
I also used the stencil from the November Monthly subscription. I used Snow-Tex that I also got at Hobby Lobby. I made this with in an hours what took the longest was the dry time for the Snow-tex. I made this for the bedroom doors to add some Christmas cheer to the hall way. I hope you enjoyed this project and I inspired you. I have a facebook page for my new business if you would like to follow me and learn about all about the products A Makers' Studio has to offer.


The video below shows how I created this project.

Be sure to hop over to Alicia blog.


Here's our line up in case you get lost along the way.

Wishing you a Merry Christmas!
Be sure to join us next month for our
This Magic Moment Disney Themed Blog hop!

Today on this blog hop we are featuring  Jill Cameron Creations digital cut files. We hope we inspire you to use the  different Cut ... 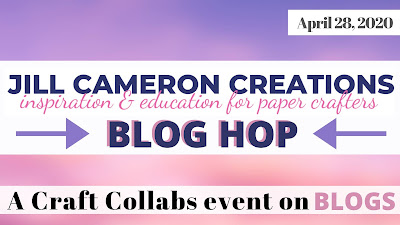